What Are The Penalties For Voter Fraud? 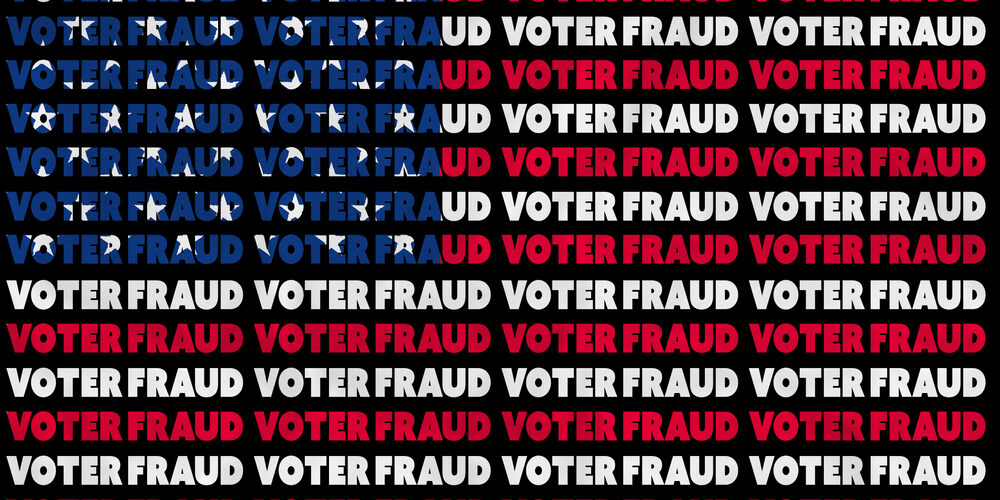 Election season is past, but we still hear about allegations of voter fraud in Illinois. For example, officials in Madison County, Illinois, confirmed in September 2022 they were investigating an allegation of voter fraud involving similar handwriting on 40 mail-in ballots during the primary.

Voter fraud is becoming more common, and sometimes people are wrongfully accused of this crime. If you are facing voter fraud charges, the Chicago federal criminal attorneys at the Law Offices of Vadim A. Glozman can assist you. Remember, a voter fraud charge is serious and can lead to prison time, so speak to a qualified attorney about your options.

Voter fraud is addressed on the federal level in 52 U.S. Code 20511 for election officials. The statute reads that an election official in an election for a national office intimidates, coerces, or threatens anyone for the following can be fined and sentenced to five years in federal prison:

Further, election officials can be punished for attempting to knowingly and willfully deprive someone of the right to vote. This may include submitting or procuring applications for voter registration that the official knows to be false or fraudulent.

What Is A Federal Election Crime?

The FBI states that fair federal, state and local elections are the bedrock of the US constitutional system. The government only functions well when all legal votes are counted, and everyone follows the law. Each state, including Illinois, runs its own elections, but the federal government plays an important role. The US government considers the following federal election crimes:

What Is Not A Federal Election Crime?

The FBI states that the following acts are not voting crimes:

The Election Code of Illinois is covered in 10 ILCS 5. It states the following are voter fraud crimes that are generally Class 4 Felonies:

There are several types of voter fraud to be aware of. If you are convicted by the state or federal government, you could be fined and sent to prison:

You can be charged with voter fraud as an election worker if you change the vote count in a precinct or central voting location.

Using a fake name, address, or place of residence that is not yours could result in criminal prosecution.

You are not allowed to register to vote if you are a convicted felon or are not a US citizen.

This is voter fraud if you pretend to be someone else and intend to vote for them. For example, this applies if you impersonate someone who has moved, died, or is in prison.

You could be charged with a crime if you attempt to use force against someone or intimidate them into influencing their vote. Usually, people who are intimidated by others do not speak English well. Others that fraudsters may threaten are the elderly and disabled.

If you register to vote in several locations, it is a crime. It does not matter if it is in one jurisdiction or several jurisdictions.

When Do You Need A Lawyer For Voter Fraud?

It is essential to get legal assistance if you have been charged with federal criminal charges. This charge occurs if the person on the ballot is a candidate for a federal office. Also, it can be a federal charge if the election involves an election official acting under the law, even if it is not national.

No matter the kind of election it is, it is a federal issue when there is unitary registration in all states of the US. Federal charges will apply for misuse, illegal trespassing, and involving all computerized systems related to the election.

Note that if you are charged with voter fraud, vote suppression, or intimidation, you can face both state and federal charges. Therefore, it is always essential to have an attorney in these cases. Even a matter of state voter fraud means you probably need an attorney.

A state or federal voter fraud charge can also happen because of a witness’s testimony. The person may contact a state or federal election official. The government will review the witness statement and may complete an investigation of the alleged crime. The need for a national criminal attorney increases when the charges could lead to a conviction and not just an investigation.

Remember that attempting to handle a voter fraud charge alone is daunting. You will be under a lot of legal pressure and may say something that incriminates you. A federal criminal defense attorney may help you avoid the most serious criminal penalties.

If you are in Chicago, home of The Art Institute of Chicago and the Navy Pier, it is not a good idea to handle a voter fraud charge on your own. Voter fraud cases are highly publicized, and you should get legal advice on how to proceed.

The Chicago federal criminal attorneys at the Law Offices of Vadim A. Glozman can help if you have been accused of voter fraud. Contact Glozman Law today.

What Are Some Possible Federal Crimes That Could be Charged Against Insurrectionists?
July 26, 2022
Go to Top