How Serious Are Cannabis Possession Charges In Illinois? 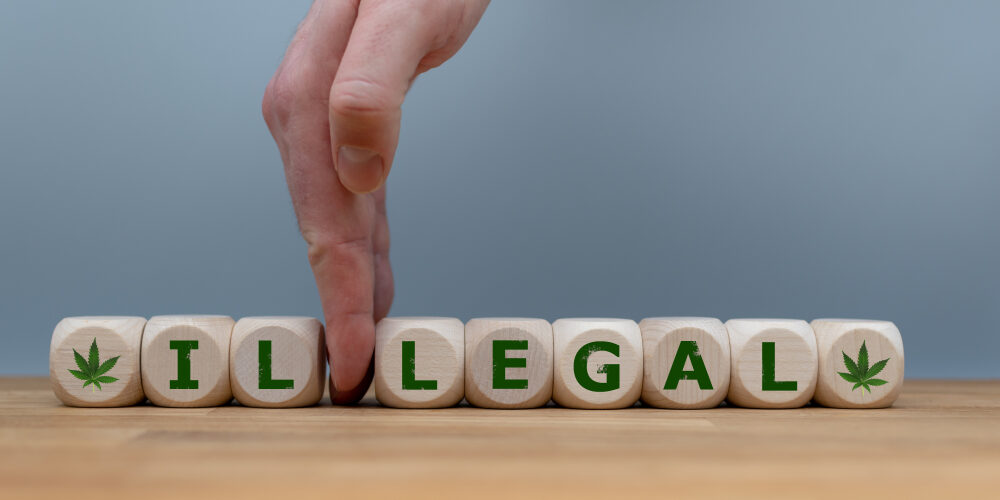 Many states are decriminalizing marijuana possession. However, despite some states liberalizing weed possession laws, Illinois still has penalties for most offenses.

Therefore, you can still face penalties if you are arrested for cannabis possession in this state. However, some recent developments in the law are detailed below.

If you have been charged with cannabis possession in Illinois, the Chicago marijuana defense lawyers at the Law Offices of Vadim A. Glozman can help. They will work tirelessly to dismiss the charge or obtain the best case result possible.

Whether you are arrested near the Art Institute of Chicago, Lake Michigan, or somewhere else, how severe the penalty is for Chicago cannabis possession depends on your amount. 720 ILCS 550/4 states that anyone who possesses cannabis in any amount that can be measured can be prosecuted, especially if the police believe you intended to sell the drug:

This chart shows that anyone with a cannabis possession charge in Chicago faces potentially severe penalties. However, there is more to the story. There are other consequences you face if convicted of marijuana possession:

Recreational Use Of Marijuana in Illinois

It became legal to use marijuana recreationally in Illinois on January 1, 2020. However, the possession and sale of the drug are still regulated by state law. In some cases, you can still be penalized for possessing the drug, and selling it is strictly illegal.

The law states that people 21 and older can buy up to 30 grams of cannabis or five grams of concentrate. However, you cannot consume cannabis on school grounds or in many public places. Some of these places include public buildings and parks. So, for the most part, the safest place to use legal cannabis in Illinois is in your home.

Further, only approved cannabis businesses can sell marijuana. For anyone else, selling or delivering marijuana in Illinois is illegal. It also is unlawful to drive under the influence of cannabis in Illinois. The police can use a urine or blood test to see if you have weed in your system. If the test shows you have five or more nanograms of THC per milliliter, you can be charged with DUI.

If you are convicted for Chicago marijuana possession, the attorneys at the Law Offices of Vadim A. Glozman will negotiate and attempt to resolve the case through a plea arrangement. Cook County has programs that involve deferred prosecution, which is a preferable outcome to these cases.

If you have no criminal history, you may attend a drug treatment program and show you completed it. Then, your attorney may get the charge dismissed. However, keep in mind that deferred prosecution is only available for some clients.

For other clients, a misdemeanor conviction could end with court supervision. This also is a favorable outcome. It prevents you from having a criminal record, and the sentence is not a misdemeanor according to the law. However, you may receive a conditional discharge, probation, or a sentence in county jail from one to 364 days if you have a criminal history.

Even felony possession of cannabis convictions can sometimes be eligible for probation. For example, Illinois has what is called 710 probation, which is for first-time offenders. The conviction could be expunged when you complete the sentence. But if you have a long history of criminal offenses, you could have to serve a prison term.

If the Cook County prosecutor makes an unfavorable offer, your cannabis possession attorney may convene a conference with the judge and DA. This is often called a 402 conference. In this situation, your attorney may tell the court about positive parts of your life, so the court does not focus only on the criminal case. For example, your attorney may mention that you are a good father and spend a lot of time with your children. A harsh jail sentence could negatively affect your family.

Some possession of cannabis is still illegal in Illinois. If you are charged, the prosecutor has the burden of proof to show that you knowingly possessed the cannabis. Also, law enforcement must conduct their search according to the 4th Amendment of the Constitution of the United States.

If you have been arrested for marijuana possession in Illinois, you face serious problems. A conviction could lead to jail time, fines, and a lifetime of difficulties. Having a weed possession conviction on your record can make it hard to get a good job, attend college, or rent an apartment.

The Chicago marijuana defense lawyers at the Law Offices of Vadim A. Glozman can help. Contact us today for a free consultation at 312.726.9015.

Can I Clear My Record Now That Cannabis Is Legal In Illinois?
October 18, 2022
Go to Top