What Are Some Possible Federal Crimes That Could be Charged Against Insurrectionists? 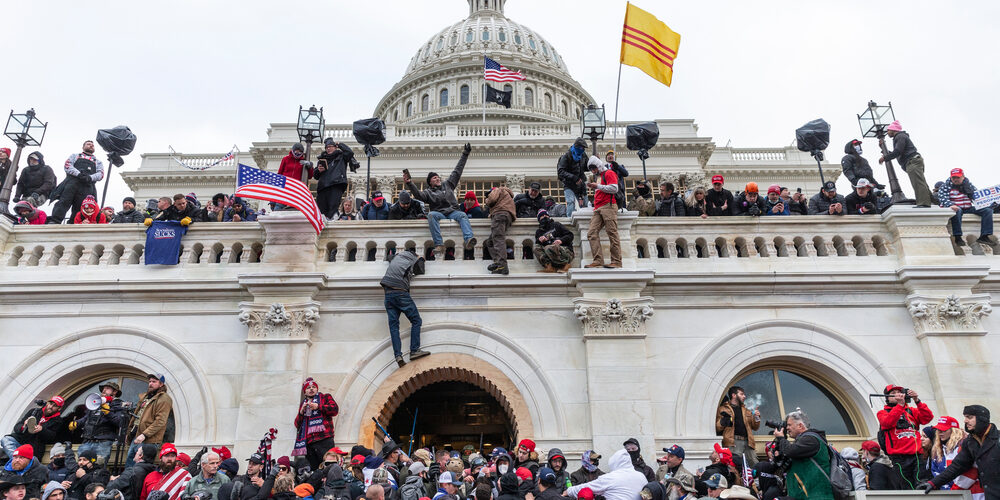 An insurrection is a violent uprising against an authority and/or the government. The January 6, 2021 attack on the United States Capitol Building in Washington, D.C. brought insurrection to the forefront of the national discussion. Those involved in the January 6th breach of the Capitol have faced a wide range of criminal charges. More than 700 people have already been charged.

This raises an important question: What federal charges are filed against insurrectionists? The answer depends on many factors, including the specific allegations against an individual defendant. In this article, our Chicago federal criminal defense lawyer provides an overview of some of the possible charges that a defendant may face if they are accused of participating in an insurrection.

Every criminal case is different. In order to obtain a conviction, federal prosecutors have the burden of proving all elements of the selected charge beyond a reasonable doubt. A person charged with an insurrection-related federal criminal offense—from insurrection to seditious conspiracy to rioting—is presumed innocent until proven guilty and has the right to raise a strong defense.

An Insurrectionist Could Face Many Other Criminal Charges

The federal criminal code is complex. Insurrectionists and rioters can be charged with a wide range of other offenses beyond rebellion/insurrection, rioting, seditious conspiracy, and treason. According to reporting from The Washington Post, at least 725 people to date, have been arrested and charged with federal crimes for their role in the January 6, 2021 attack on the United States Capitol Building. A significant number of these defendants faced other federal criminal charges that were based on the specific allegations against them. Some notable examples of federal charges that have been filed against insurrectionists include:

Ultimately, the criminal charges that a person faces will always depend on the specific allegations against them. Most criminal charges in the United States are filed at the state level. However, in an insurrection, riot, or any related matter, federal criminal charges become much more likely. Federal cases are notoriously complicated. Not only do federal prosecutors have additional resources at their disposal, but they tend to be especially aggressive. Defendants should expect federal prosecutors to find every possible charge that they can file. It is crucial that anyone facing a federal charge has a top federal criminal defense lawyer on their side.

At The Law Offices of Vadim A. Glozman, our Chicago federal criminal defense lawyer is an experienced, aggressive advocate for clients. If you have any specific questions about the federal crimes that an insurrectionist can be charged with, we can help. Call at 312.726.9015 or connect with us online to arrange a completely confidential case evaluation. With a law office in Chicago, we provide federal criminal defense representation throughout Northern Illinois, including in Cook County, DuPage County, Kendall County, Will County, and Lake County.